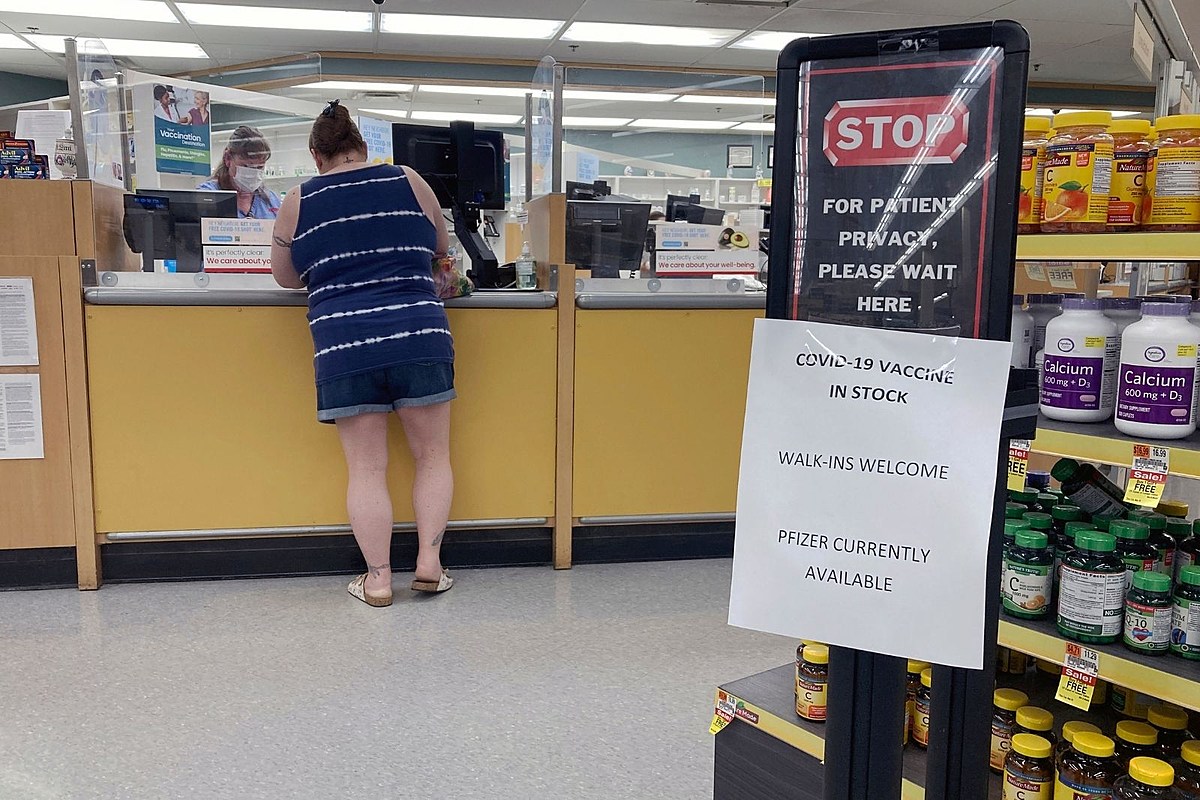 Tens of millions of Americans who work in companies with 100 or more employees will need to be vaccinated against COVID-19 by January 4 or be tested weekly for the virus under government rules that came into effect Thursday.

The Occupational Safety and Health Administration said companies that fail to comply could face penalties of nearly $ 14,000 per violation.

The new requirements, which were first introduced by President Joe Biden in September, will apply to around 84 million workers in medium and large companies, although it is not clear how many of those employees are. not vaccinated.

Stricter rules will apply to an additional 17 million people who work in nursing homes, hospitals and other facilities that receive Medicare and Medicaid money. These workers will not be able to be tested and will need to be vaccinated.

It was not clear how OSHA planned to apply the rules. A senior administration official said the agency would target businesses if it received complaints.

Workers will be able to request exemptions for medical or religious reasons.

The publication of the rules follows weeks of regulatory review and meetings with business groups, unions and others. The regulations form the cornerstone of Biden’s most aggressive effort to date to tackle the spread of COVID-19, which has killed more than 740,000 people in the United States

OSHA drafted the rules under the emergency authority to protect workers from imminent danger to health. Senior administration officials said the rules include conflicting state laws or orders, including those that prohibit employers from requiring vaccinations, tests or the wearing of face masks.

The administration will face an immediate challenge from Republican state officials eager to fight Biden in court. More than two dozen Republicans serving as state attorneys general have indicated they plan to prosecute, arguing that only Congress can enact such drastic demands under emergency authority.

Last week, 19 states filed a lawsuit to end Biden’s narrower mandate that employees of federal contractors be vaccinated. The requirement was due to go into effect on December 8, but the administration said Thursday it would be postponed to January 4 to match the requirements of other large employers and healthcare providers.

Workers will need to receive either two doses of the Pfizer or Moderna vaccine or one dose of the Johnson & Johnson vaccine by January 4. Unvaccinated employees must submit a verified negative test to the company at least once a week and wear face masks on the job.

Employees who test positive should be removed from the workplace.

OSHA will require companies to provide paid time off for employees to get vaccinated and sick time to recover from side effects that keep them from working. The requirements for masks and paid time off for photography will take effect on December 5.

Because the vaccines are free, OSHA said, companies don’t have to provide or pay for the tests.

The White House sees the new requirements as a powerful tool to sort through the ranks of the tens of millions of Americans who have so far refused to be vaccinated.

For weeks, Biden urged companies not to wait for the OSHA rule to take effect. He touted companies that have already announced their own vaccine mandates and urged other companies to follow their lead.

Administration officials say these efforts are paying off, with around 70% of the country’s adults now fully vaccinated.

However, some companies have expressed concern that some vaccine-hesitant workers might step down, leaving their workforce even leaner in what is already a tight labor market.

Several large business groups have complained about the timing of the mandate. Retail groups feared the requirement would disrupt their operations during the critical Christmas shopping season. Retailers and others have also said it could worsen supply chain disruptions.

The warrant on federal contractors has led to protests by opponents, including workers at a NASA rocket engine test site in Mississippi. Some have said they are immune because they contracted COVID-19. Others said the vaccines violated their religious beliefs and constitutional rights.

“No one should be forced to undergo medical treatment just to keep their job,” said Nyla Trumbach, engineer at the site. “There are years and years of experience and skill here, and I just want everyone watching to see what we stand to lose here if these people don’t keep their jobs.”

Dozens of groups have called for meetings with administration officials to voice concerns and objections to the likely provisions of the OSHA rule, including the United States Chamber of Commerce, the National Association of Manufacturers, the ‘AFL-CIO and anti-vaccine organizations.

(Copyright 2021 The Associated Press. All rights reserved. This material may not be published, broadcast, rewritten or redistributed.)

Is your breed of dog considered “the wisest” or “the meanest”?