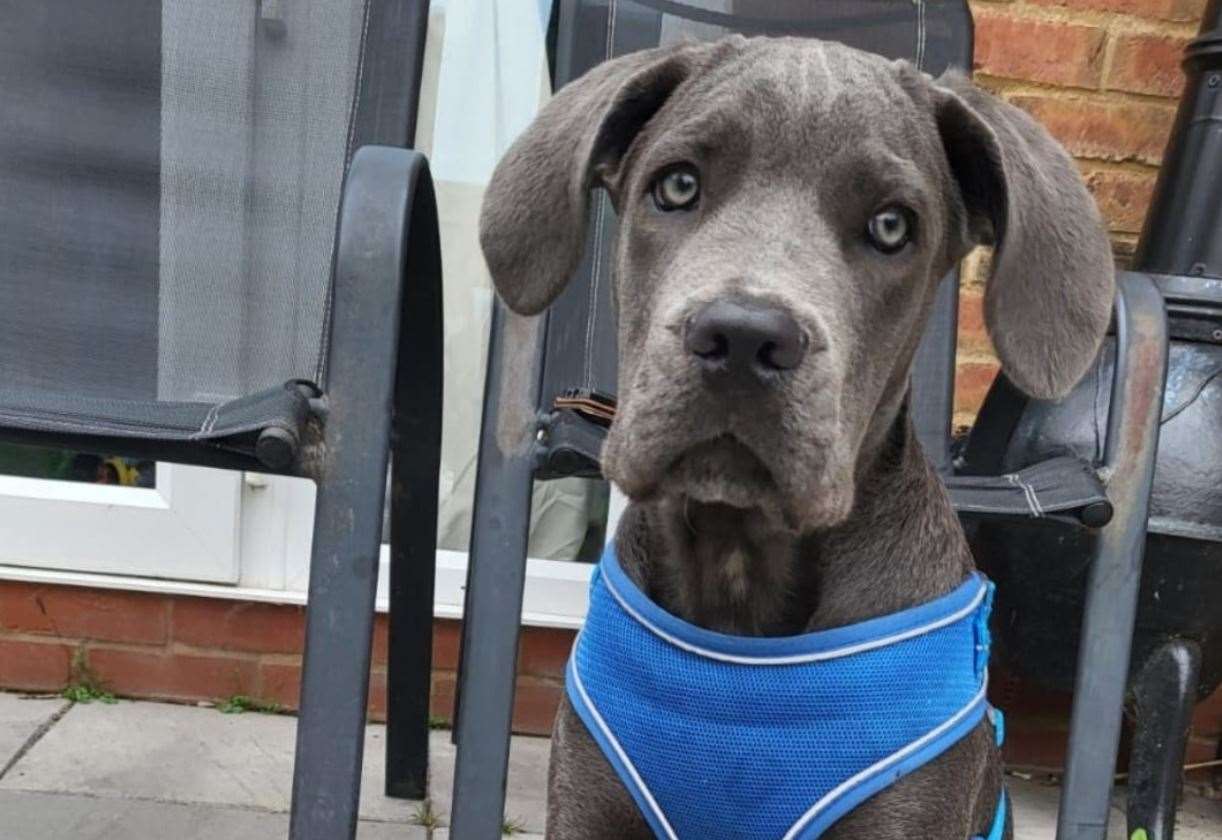 A father of three saw his beloved dog killed while saving the life of a drunken man on a busy main road.

Max Williams, who was riding Loki, 19 weeks old, bravely entered the road and dragged the man off the busy A16.

Just as he let go, Loki freed himself and started running along the edge.

Max (34) got back on the road to try to stop the oncoming traffic. Unfortunately, a car did not slow down and struck and killed Loki instantly.

“It was horrible and has haunted me ever since. It was one of the worst things I have ever seen in my life, ”said distraught owner.

The driver did not stop or report the collision, but it is understood that police have located a vehicle in connection with the incident.

Max says he doesn’t believe the driver was accelerating, but the road is well lit and he doesn’t understand why the car didn’t slow down.

“Although my puppy was just a baby, it was a Cane Corso, so it was a large dog that weighed 36 kg.

“This car must have seen me, the drunken man and my dog,” he added.

Max’s family – including fiancee Becky Waller and her three children – are devastated by the tragedy near Tytton Lane East, Wyberton, last Tuesday at around 7:45 p.m.

Moments before, Max had seen the drunken man walking in the middle of the road and yelling at a young woman and a child.

Max said: “After [he had] two very close calls with cars, I called 999. While I was on the phone with them, he kept throwing himself in front of traffic.

“He was aware of what he was doing. I had to do something to stop him – I would never have been able to live with myself if I had found out later that he had been killed.

Businessman Max says police told him they were unhappy with their own efforts to track down the driver of the vehicle that killed Loki, including a social network offering a reward for the information and trying to collect evidence. CCTV images of neighboring premises.

“And even worse, they say I could be responsible for any damage to the car,” added Max.

You might consider that he didn’t have proper control over Loki, but Max believes video footage of a cyclist will clear him of any blame.

The harness clip is broken, but it’s not clear if this happened when Loki broke free or if it was damaged in the crash.

Max said, “I’ve seen it a million times in my head. It was a pull.

“The only thing I hope people take away from me by sharing this story is that they are very careful on the roads – life can change so quickly.”

He added: “The impact this has had on my family is unreal. We waited five years to get Loki, we traveled overseas to find a certain breeder, spent tens of thousands of pounds on training and most importantly he was our youngest son.

“To say that this tore our family apart is no understatement. My children are heartbroken and Becky hasn’t been able to leave the house since – they’ve spent 24 hours a day together.

Max said Loki was a caring and gentle dog, loved by everyone he came in contact with. He was featured on Instagram and had advertised for dog food brands and a dog clothing business.

“He was incredibly photogenic and loved being the star of the show,” added Max.