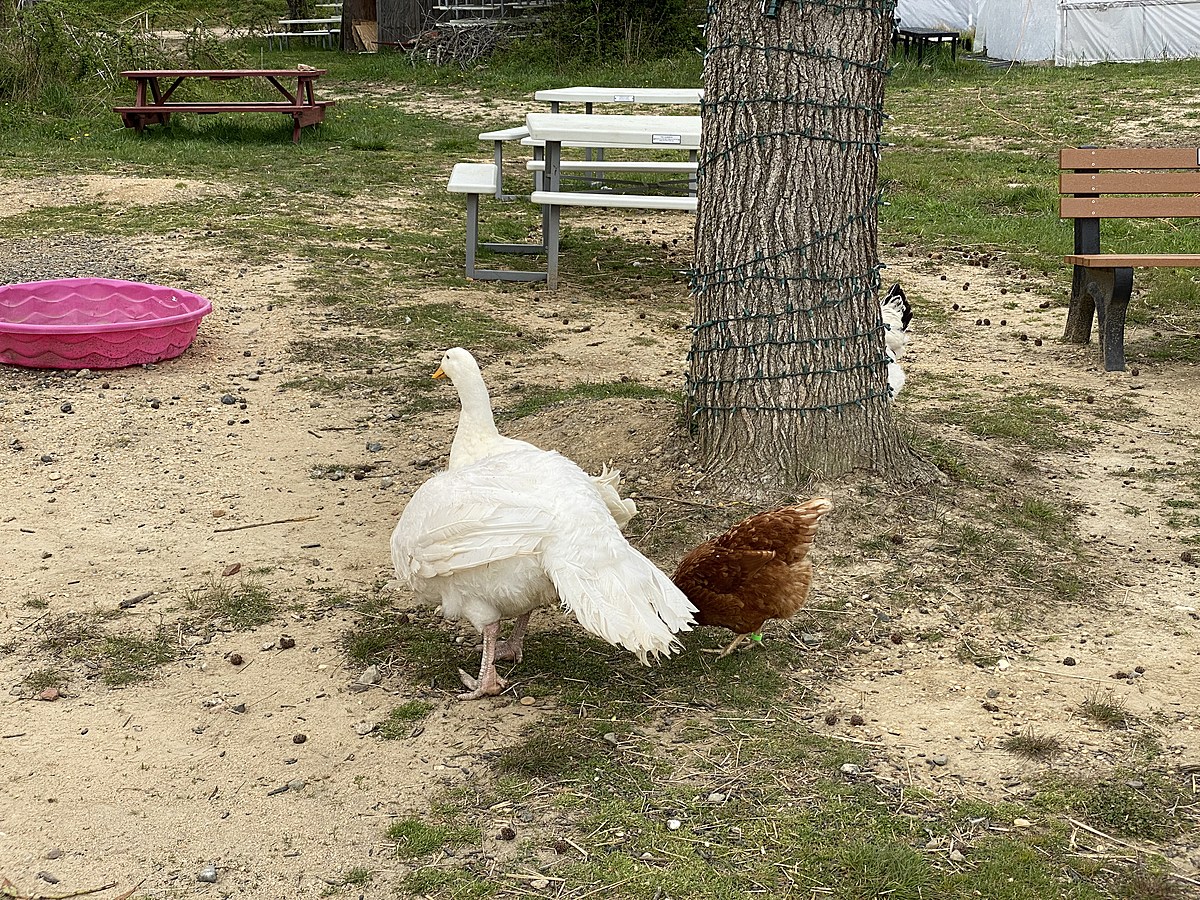 So much to see, so much love at the Allaire Community Farm in Wall

If you haven’t taken a trip to the corner of Baileys Corners Road in Wall Township where the Allaire Community Farm is located, you must take this trip with your family, children, friends, whoever, and enjoy everything they have to offer there — and it’s more than animals and a farm, it’s a home.

Even if you’ve been there before, there’s always something new even if it’s just new memories.

The rescued animals also have stories to tell you and thanks to the care they receive at the Allaire Community Farm, they will also show you affection.

“We have well over 100 animals and the majority of our animals are rescued other than those that need to be used for specific tasks, such as therapeutic riding or driving horse, but the rest are rescued,” Jo Ann Burney, co-founder and executive director of Allaire Community Farm, said on “Shore Time with Vin and Dave” on 94.3 The Point and 105.7 The Hawk on Sunday morning. “We’ve got 20 horses, we’ve got mini horses, we’ve got donkeys, we’ve got Al the Alpaca, we’ve got a cow — Lola Grace –, we’ve got a ton of chickens and ducks, we’ve got Ryan Goosling — – my favorite — Tofu the turkey that was rescued before Thanksgiving and we worked with EatCleanBro to make it happen.”

Some of the rescues have overcome such hardships in their lives and are now just the happiest animals like Lilly the pig.

“We got a call from Animal Control to rescue a Percheron horse – which is a huge workhorse that we named Queen Esther – and my husband came down to get her and he called me and said ‘listen, they want to get rid of some ducks and a pig too’ and I said ‘ok’, we were just starting out and we didn’t have a lot of space in the paddock, and I said ‘ as long as she’s not too big, bring her’, and he said ‘no, she’s only 150 pounds, and I said ‘wonderful’, so she came over and – we have two dogs – and Lilly was following me like a dog,” Burney said. “He was a wonderful pet, but Lilly just kept growing and growing and growing and moving fast – Lilly is now 900 pounds – so now when we come in with Lilly we have to go by pairs because Lilly is so affectionate I was in her enclosure once fixing her fencing and I was bent over and she wanted to snuggle me and got on my back and it took five men to pull her away of me.

There’s also some kind of stardom on the farm in Ryan Goosling.

“Ryan’s story is sad but it ended well. He and his wife were dumped on our farm, someone just dumped them on the farm – when we were on Allaire Road before they bought our farm on Baileys Corner – and he and his wife were a happy couple and one Sunday we came home from church and it was the saddest site it was Ryan standing in the middle of a pile of feathers that belonged to his wife and his wife had been taken by a predator,” Burney said.

“I felt so bad so I went into the house and started baking French toast and I took it out and fed Ryan and it continued because he was so sad that he didn’t want to bathe – and he’s a beautiful white goose – and he was dirty because he was depressed and the more I hung out with Ryan I talked to him and petted him he started washing and he started to get attached to me and he attacked my husband and we had friends who called us from the parking lot saying “your goose won’t let me out of the car”, because he was protecting me. Geese are natural protectors and that’s why Ryan did it. Ryan found a new purpose in life, I had it with a few of the rescued animals at our outdoor petting zoo. One day when I went to visit him – he flew into the duck pen, and they were all locked up at night so the foxes wouldn’t catch them, but he was lying right next to it I was with them and it was like he was saying to me ‘mom, I want to take care of them now, I can protect me’ because he could. Since then, Ryan has been responsible for all the ducks on the Allaire community farm. »

Then there’s Jack and Jill who are sheep on the community farm in Allaire.

“They don’t have wool, they have hair, so they don’t need to be combed. We got a call to rescue them because there was a rumor on the street that they were going to the slaughter the next day and they were going to be used for lamb chops,” Burney said. “My husband went over there and saved them, we ended up having to pay for them, but it was worth it . We brought them back and had our vet do all the blood work right away. They were loaded with worms so we had to deworm them and they were scared because they had never had human contact and were only six months old. It took a long time for Jack and Jill to warm up to us, but now they’re farm favorites, they’re adorable, they come straight to the petting zoo, we have food we sell there that are safe for them and they eat right out of your hands.”

There are so many great stories like these about the animals at the Allaire Community Farm and so many different events that take place there and so many great volunteers and programs for veterans, people with autism and youth at risk, among others.

You can hear more from Jo Ann Burney about what’s happening at Allaire Community Farm in Wall Township here.

Looking to hit the town with your pup by your side? Here are the restaurants to discover…

10 Places on the Jersey Shore to Pamper Your Pet

These pet-loving companies all offer a great idea to pamper your pet. Some go above and beyond to add their own special touch.

15 dogs from flood-ravaged Kentucky arrive at CT, to be put up for adoption

Dogs With Big Bites 2022: These are the 11 adorable dog breeds with the strongest…