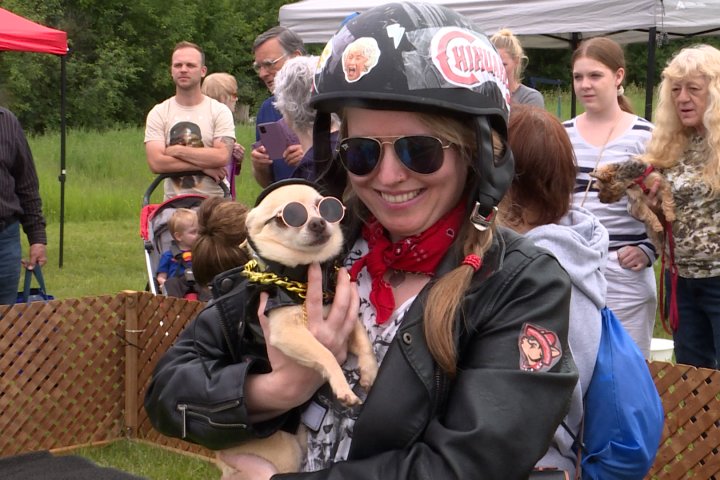 Pet parents flocked to rural West Kingston on Sunday for the sixth annual Running of the Chihuahuas.

After a two-year hiatus, due to the pandemic, the pint-sized pups were once again the stars of the show.

The sixth annual event pits Chihuahuas in a series of races to crown a king or queen.

There was also a separate division for “chihuahua wannabes”, which is reserved for other breeds under 10 pounds.

“Yeah, I finally lifted the restrictions, and we thank God for that. So now we’re having fun again,” said Bill McCormick, who helps run dog shelter Sheba’s Haven.

Sheba’s Haven is a palliative dog shelter that takes in older dogs, usually with serious illnesses, and lets them live out their final years, months, or weeks freely and happily.

“I give them life. They can do whatever they want. that’s another problem, because I let them do what they want, so sometimes there are hectic times,” said Catherine Pokrywa, who founded the dog shelter.

The organization is an official charity and receives no government funding, which means it depends entirely on the generosity of the community.

This event is one of the largest in Sheba’s Haven.

“Oh I love it. I love meeting the people who support us and the other volunteers. I was going around to thank them and thank everyone who was here because they all help my cause,” added McCormick.

As for the big winner, Hank the Chihuahua cleaned up in the champions round to win the trophy as well as some goodies.

It was a canine afternoon full of fun, fur and funds raised for a good cause.