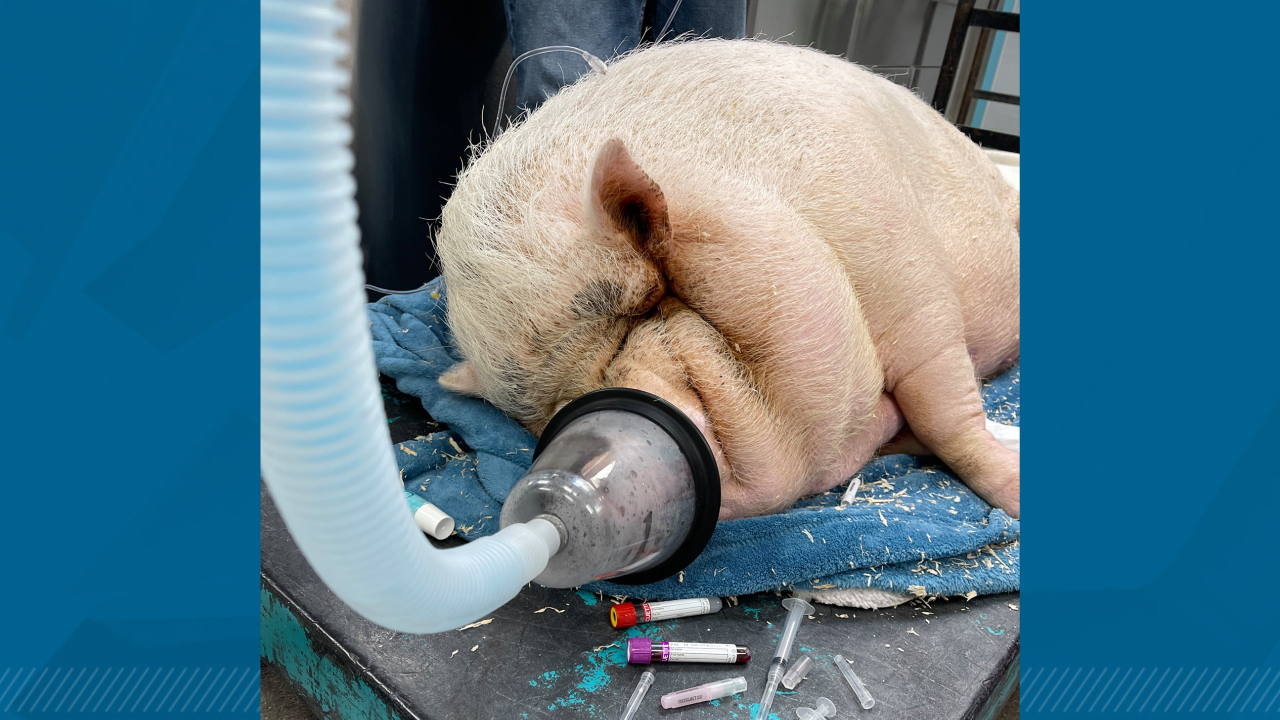 The pig, named Cupcake, was discovered on June 2. The high temperature that day was 107 degrees.

Cupcake was found in a large wire kennel. She weighs 175 pounds. and is described as “so obese she can barely move,” the post said. The pig also had overgrown hooves and dirty ears when it was discovered.

However, with the help of a local vet, the pig is doing much better, according to the post.

â€œWith nail clipping and portioned meals, Cupcake is on the road to recovery,â€ the post said. “She will need a caring owner who will help her on her weight loss journey and show her the love she deserves.”

The Animal Foundation helps an average of 25,000 animals per year.