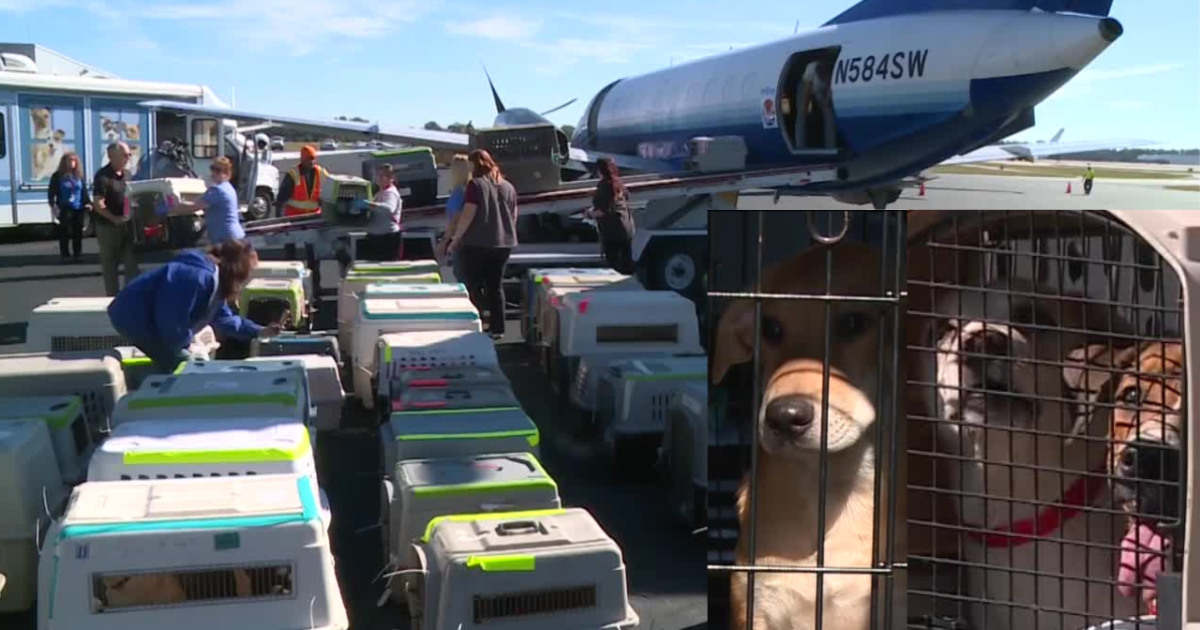 RICHMOND, Va. – More than 130 homeless animals from Puerto Rico have arrived in Richmond as the US territory continues to recover from Hurricane Fiona.

The Wings of Rescue-led mission landed Thursday at the Richmond Jet Center.

The damage has put a strain on animal shelters, as lost animals are said to be in need of shelter. To make room for them rescue wings and Petco Love fly these areas with shelters with space to take them

“This is our fifth flight and I’m going back on Saturday to fly more that go all the way to Chicago,” Browde said.

“It’s really gratifying to see how many people have opened their hearts to take on these pets,” Browde said.

The Richmond SPCA is among those shelters in Central Virginia that are taking in animals from Thursday’s flight.

“They were already looking for homes before Fiona arrived and now they’re going to find them here in Richmond,” said Richmond SPCA communications director Tabitha Treloar.

Browde said surrendering to the animals at this time is what it’s all about.

“We know these pets are going to end up on someone’s couch where they belong as treasured members of the family,” Browde said. “So we’re thrilled, that’s the joyful part of our job.”

Ten of the puppies from the flights are heading to the Richmond SPCA where they will be under observation for seven to ten days before being put up for adoption.

If you wish to adopt one of the dogs, you will be able to identify them by the Puerto Rican flag in their adoption photo.

Do you know of any good news happening in your community? Click here to email WTVR.com and the CBS 6 News team.