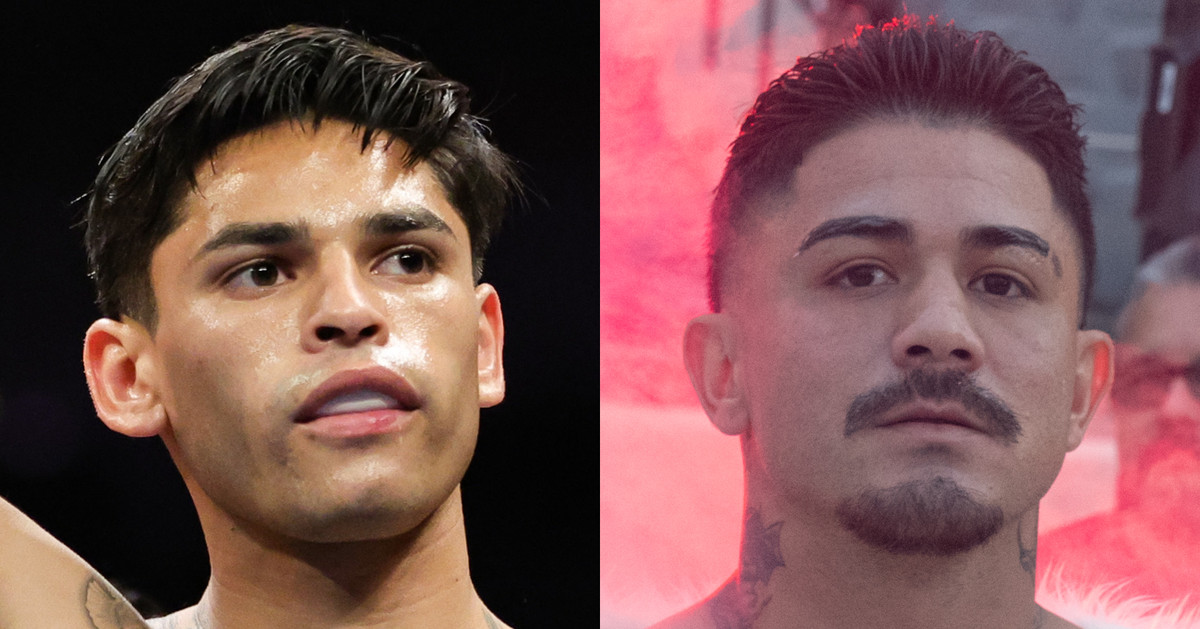 Joseph Diaz Jr was in San Antonio last night to watch Ryan Garcia’s win over Emmanuel Tagoe, and even did some analysis a few times during the fight.

Garcia and Diaz already have a history. The two Golden Boy fighters have had their stories woven together in 2021, with Diaz replacing Garcia last July against Javier Fortuna after Garcia stepped down to deal with some mental health issues. After Diaz defeated Fortuna, he and Garcia signed for a fight in November. Garcia also pulled out of that date to have hand surgery.

Diaz (32-2-1, 15 KOs) didn’t suffer too much from that move, however, against WBC titleholder Devin Haney on the same date. Haney won, but Diaz, 29, a former defending champion at 130, is still considered a viable contender at 135 and plans to return to action in July.

When asked if he wanted to face Garcia, Diaz said he wouldn’t turn down the fight, but he wasn’t sure if Garcia actually wanted to face serious contenders.

“I’m the type of guy who never ducks or dodges anyone, and if Ryan Garcia wants to sign the contract, and I sign the contract, we can move it forward,” Diaz said on DAZN after the fight. “But it’s going to be tough for me and the big fighters and the (big) dogs in the 135-pound division to get in the ring with a guy like Ryan Garcia. I feel like he doesn’t have the heart to be in there with the big dogs.

Diaz, of course, isn’t the only one who thinks that, and Garcia has yet to prove himself to a lot of people. Tagoe has been handpicked for Garcia’s return after a 15-month absence, following a career-best win over Luke Campbell, and the remainder of Garcia’s 2021 might have created more skeptics than he. didn’t have one last year.

Garcia vs Diaz is, in theory, a pretty easy fight to fight. Both are with Golden Boy, it’s a good game, there should be money, and Diaz has proven he’s ready for it. The doubts he has at the moment are even more understandable from his perspective than being on the outside, as he has direct experience with Garcia.

That said, it’s also not really neither is the fight that people are clamoring to see Garcia fight. It would be something more like Gervonta “Tank” Davis — who Garcia declined to call out at Chris Mannix’s request, despite saying he still wants the fight — or the winner George Kambosos Jr vs. Devin Haney. I don’t think anyone would have a real problem with Garcia-Diaz revisited this fall or anything, but it probably isn’t (or won’t be considered) the number one priority.

Will Garcia fight Diaz next, or at least someone that level, a real contender at 135?

Dogs Trust Leeds: Meet some of the dogs looking for homes this week as we go behind the scenes for adoption updates