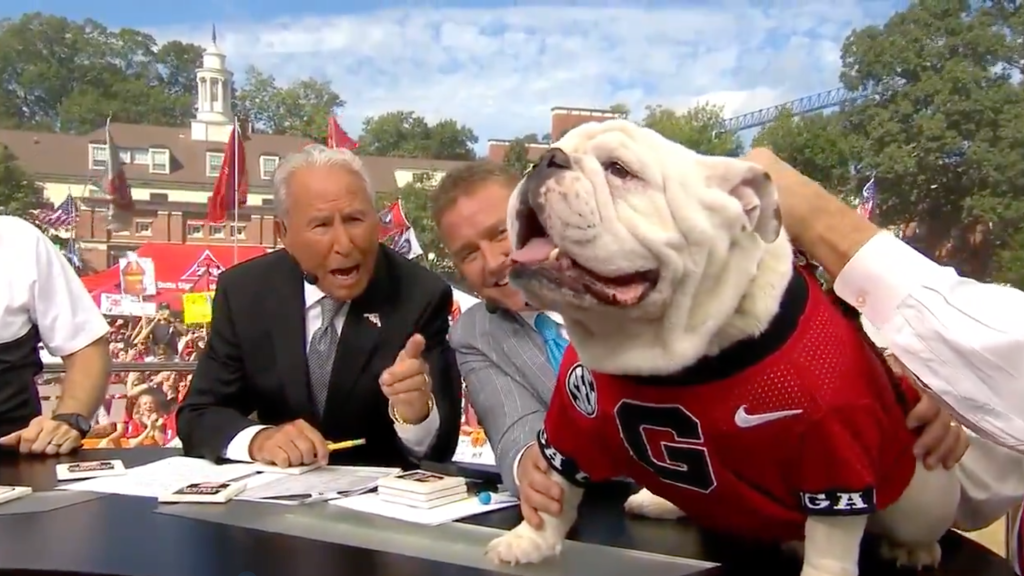 The college football pre-game show drew many famous guest selectors to air to make their predictions for the Saturday lineups. But whenever a dog is involved, the show is infinitely better, and Uga’s appearance on Saturday in front of No.1 Georgia taking on No.11 Kentucky (3:30 p.m. ET, CBS) was no exception.

As Lee Corso recited all the reasons he picked the Bulldogs to beat the Wildcats in Week 7’s biggest game – we predicted Georgia would win too – there was Uga, sitting on the desk as the good boy he is, looking proud and cute as he already is.

Seriously, check out this dog:

Corso chooses Georgia for much more than today’s game 🏆 pic.twitter.com/hsPzhxpZDy

Speaking to Uga, Corso said before putting on the Georgia mascot costume head:

Whether or not Georgia beat Kentucky and stay atop the college football standings, Uga’s appearance on GameDay was definitely a highlight on Saturday.