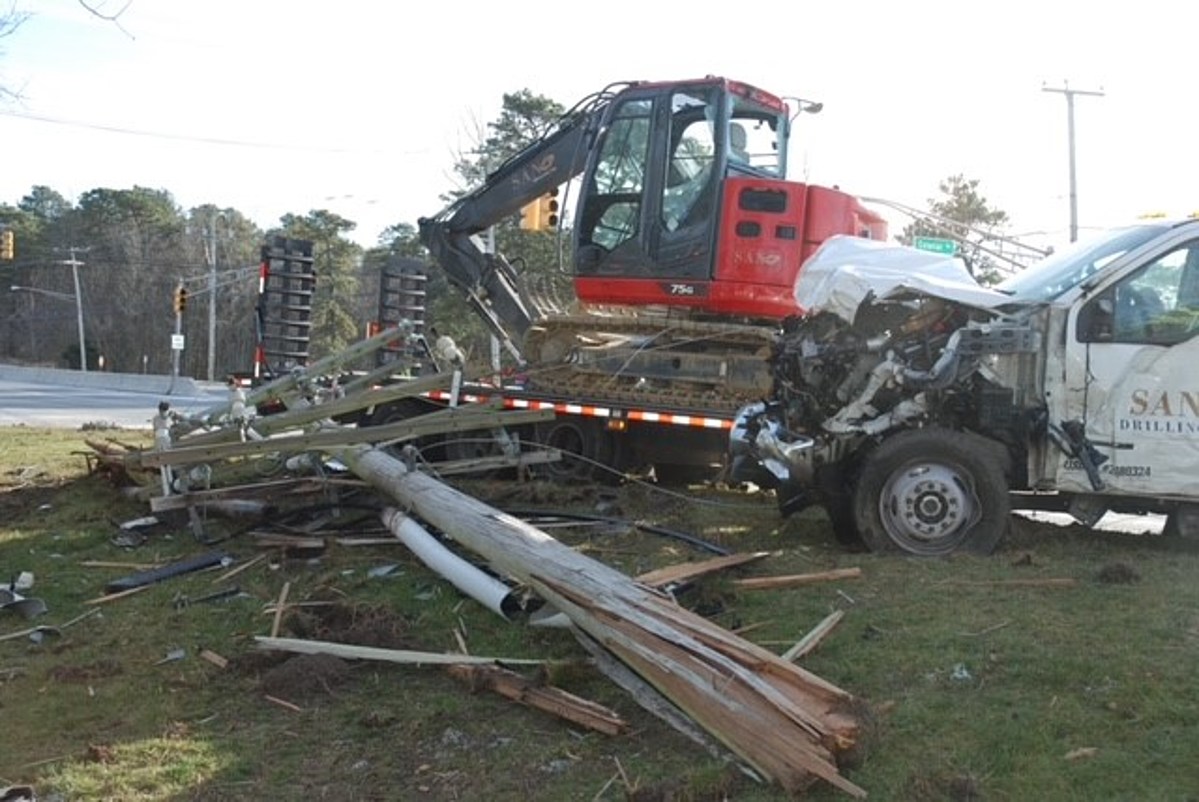 Distracted driving may have led to a truck collision in Manchester

Manchester Township Police continue to investigate a multi-vehicle crash on Tuesday, but for now it seems distracted driving was what started it all.

It started with both vehicles traveling in the same lane on Route 37 when the driver of a Honda Pilot regularly slowed down for a red light at the Colonial Drive intersection.

Police say the driver of a Ford F550 commercial truck owned by Sano Drilling Inc., which was just behind the Honda Pilot, was distracted at the time, did not see the Honda and walked away. crashed into the back of the vehicle in front of him, causing the Honda to spin into the intersection.

Meanwhile, the Ford entered the road from the shoulder and struck the traffic light, electronic traffic sign, traffic sign and a utility pole causing extensive damage to everyone in the process.

The trailer, with a John Deere 75g excavator on the back of the Ford, then jackknifed up and struck the Ford on the passenger side of that vehicle.

Police, who are just outside the intersection, responded at around 2:22 p.m. to see the damage to the two vehicles as well as to the traffic light, sign, electrical panel, and nearby utility pole.

Elizabeth Hughes, 53, of Jackson, who drove the Honda complained of head pain and was assessed by paramedics from the Manchester Township Emergency Services Division and ultimately refused medical treatment .

Ford driver, 47, Robert Moyer 3rd, of Barrington did not report any injuries from the motor vehicle crash.

Moyer and Hughes were both wearing seat belts at the time of the accident.

Due to the damage to the traffic lights and the utility pole, traffic was slowed down as this intersection was closed with crews working to fix everything.