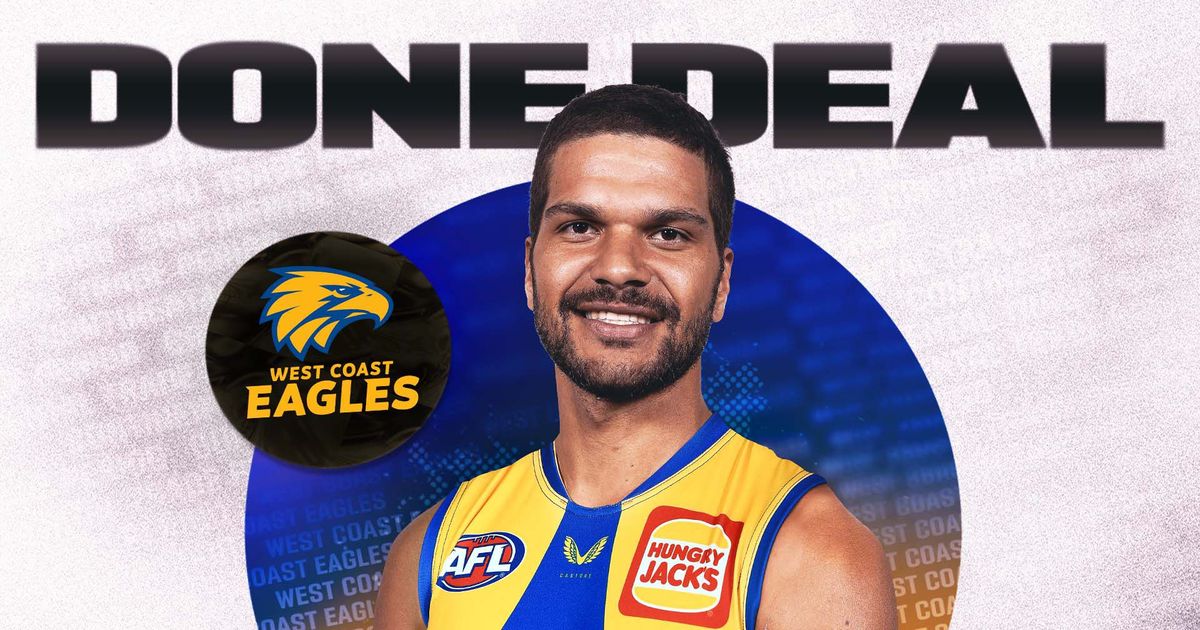 CARLTON turned Sam Petrevski-Seton into Lewis Young, with the Blues, West Coast and Western Bulldogs in a three-way trade on Thursday.

The Eagles handed the No.52 pick to Petrevski-Seton, who requested a return to Western Australia last month, which the Blues then ceded to the Dogs for Young.

The deal represents great value for the West Coast, with Petrevski-Seton playing 94 games for Carlton after being drafted to the club with the No.6 pick in the 2016 NAB AFL Draft. But he’s fallen out of favor this season, struggling in just 11 senior starts.

INDICATIVE DRAFT ORDER Your club’s choices as they are

“We rated Sam very well during his draft year and think he still has a lot of advantages as he continues to develop,” said Eagles roster Rohan O’Brien.

“He is a talented footballer who uses the ball well and we believe he can add to our midfield and attacking mix.

“Sam is currently serving his 14-day quarantine period in Perth after flying to WA from Victoria, and we look forward to welcoming him to the club as soon as possible.”

The Blues had prioritized the versatile depth of key positions during this year’s Continental Tires AFL trading period and identified Young – a 201cm defenseman who has made two finals for the Dogs this year – as an important target. .

Carlton also struck a deal for Fremantle midfielder Adam Cerra, after the Dockers got Will Brodie pick No.19 and No.22 in multiple trades with Gold Coast and Collingwood earlier Thursday.

The Blues handed over the No. 6 pick and a future third-round pick for Cerra. The former top-five draft prospect decided he wanted to return to Victoria last month after 74 games in four seasons with the Dockers.

COMMERCIAL FOLLOW-UP Every case as it happens

The No.22 pick Fremantle got in a pick swap with Collingwood will likely be sent to Geelong to unlock a trade for speedster Jordan Clark, leaving the club with three top 20 picks alongside Brodie and Clark.