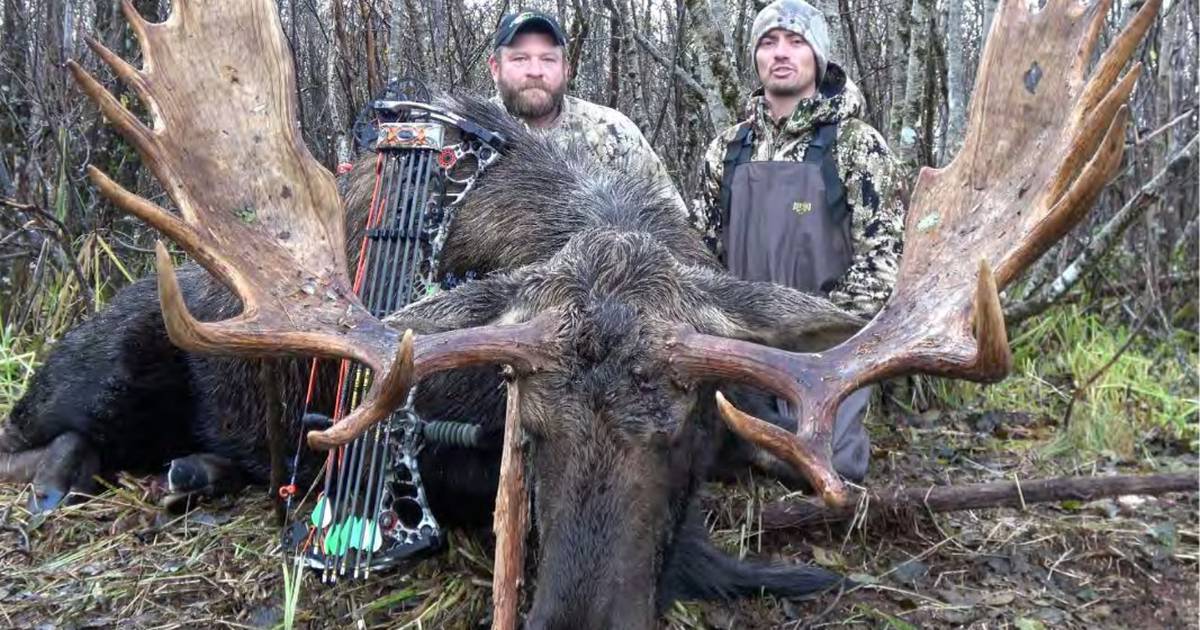 An Alaskan hunting guide is spending six months in an Oregon prison for illegally selling big game guiding services as well as multiple other offenses over a five-year period.

The jail sentence was part of a plea deal in which Hicks admitted guiding hunters on federal land on a sheep hunt near Max Lake on the west side of Cook Inlet in 2018 without a permit. In addition to the prison sentence, he agreed to give up a Piper PA-18 Super Cub and pay $13,460 in restitution.

It is quite unusual for an Alaskan guide to be sentenced to prison for violating wildlife laws.

But in this case, federal prosecutors say, Hicks participated in a “year-long wildlife crime rush” from 2015 to 2019 that triggered the need for a harsh sentence, prosecutors wrote in a memo. sentencing earlier this year.

[’Syndicate Hunting’ host gets prison time for years of poaching]

Many of the offenses he was charged with occurred while Hicks’ guide license was on probation or revoked.

State officials put his license on probation in 2016 for failing to provide contracts to customers before providing services and failing to maintain safe and satisfactory field conditions, according to the sentencing memo.

The license was permanently revoked in March 2019 by a state administrative law judge following complaints raised by a “completely miserable” hunting trip in October 2017, as the judge wrote in that case.

Last month’s federal sentencing focused on the 2018 Max Lake incident, but prosecutors during the sentencing phase referenced numerous other state-level charges against Hicks.

State prosecutors dismissed those charges this month after the federal sentencing, according to Ron Dupois, an attorney with the Office of Special Prosecutions. That’s because the federal sentence used state charges for what’s called relevant conduct, Dupois said.

U.S. Chief District Judge Sharon L. Gleason considered the state’s charges in her sentencing decision and awarded half of the restitution to the state.

The federal sentence satisfied the state’s sentencing goals, Dupois said. Hicks “didn’t have a plane, he didn’t have a guide license, he went to jail for six months”.

Gleason, during last month’s sentencing hearing in federal court, referenced the lack of investigative resources for wildlife protection, the fact that Hicks profited from his crimes, and the trust granted to big game guides by the state of Alaska, according to a statement by the U.S. attorney. Office in Anchorage.

The judge said “the need for the jail is to make it clear that flagrant disregard of state and federal fish and wildlife rules will not be tolerated.”

The 2017 hunt that led to Hicks’ license being revoked took place in the Cape Yakataga area between Cordova and Yakutat, along the rugged north coast of the Gulf of Alaska.

Several of the patrons of this hunt told investigators they endured a rainy trip involving a filthy cabin with a flooded wood stove, rotting food and rodent droppings, and Hicks did not show up during several days, leaving them to fend for themselves and clean up the mess, according to a 36-page decision document.

A brown bear that a client committed suicide on the beach was the only animal successfully harvested on the trip, according to the decision document. Another man shot and injured a goat while hunting with Hicks’ assistant guide. The guide, who led his client through difficult hunting terrain, said a steep ravine the animal ended up in was too dangerous to retrieve and “shot the goat” to get it out of its way. misery “”.

Judge Cheryl Mandala in 2019 found that Hicks “failed to provide patrons with minimally adequate shelter, encouraged patrons to commit multiple violations of state hunting laws, and improperly engaged in same-day aerial hunting” — all on probation, she wrote in the decision to revoke the license.

The practice of guiding others without a license may be legal in so-called “buddy hunts”, where those involved agree to share the costs, but there is no official guide. .

Federal prosecutors, however, have listed a number of instances where it emerged that Hicks was paid for services, drafted contracts and accompanied hunters in the field after his license was revoked.

Once released from prison, Hicks will remain on probation for three years. During this time, he is not permitted to fly a private aircraft or engage in commercial fighter activity in any capacity.